Why does Buddha have long ears? 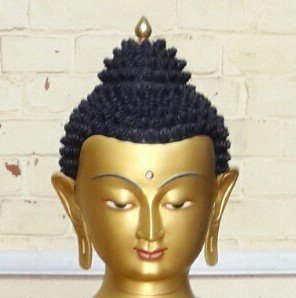 
From the very ancient time Buddha rupa had long ears. There are many beliefs and attempted explanation to this question " Why does Buddha have long ears ?". These beliefs change according to time and culture.  Buddha ears are always long and elongated. Buddha ears are long like lotus petals. Be it in Buddha statues, Thangka paintings, ritual objects like prayer wheels, mandala or singing bowls. They are always like this.You may find ornaments in ears for Buddha rupas depending on what type of Buddha rupa it is. It also depends on where the rupa is depicted. Shakyamuni Buddha does not wear ornaments whereas goddesses like Tara wear ornaments in their ears. Example on the above picture, you will see the long ears of Buddha without any ornaments. whereas in the images below you will see the ornaments worn in the ears. 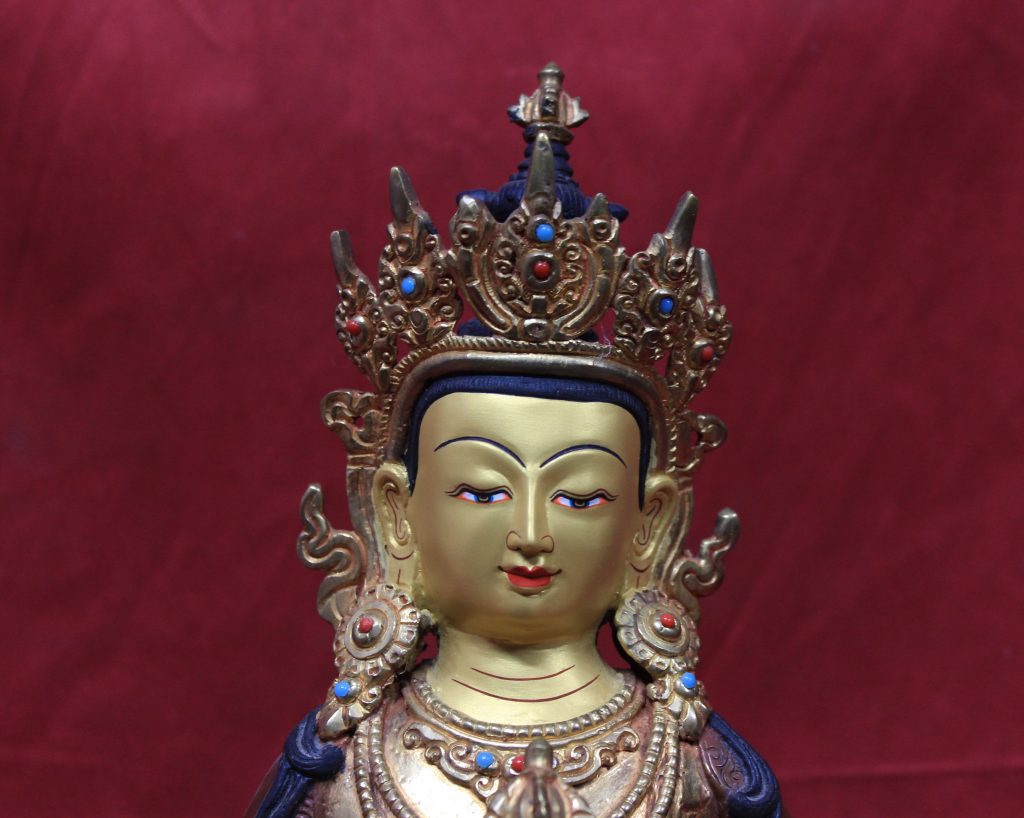 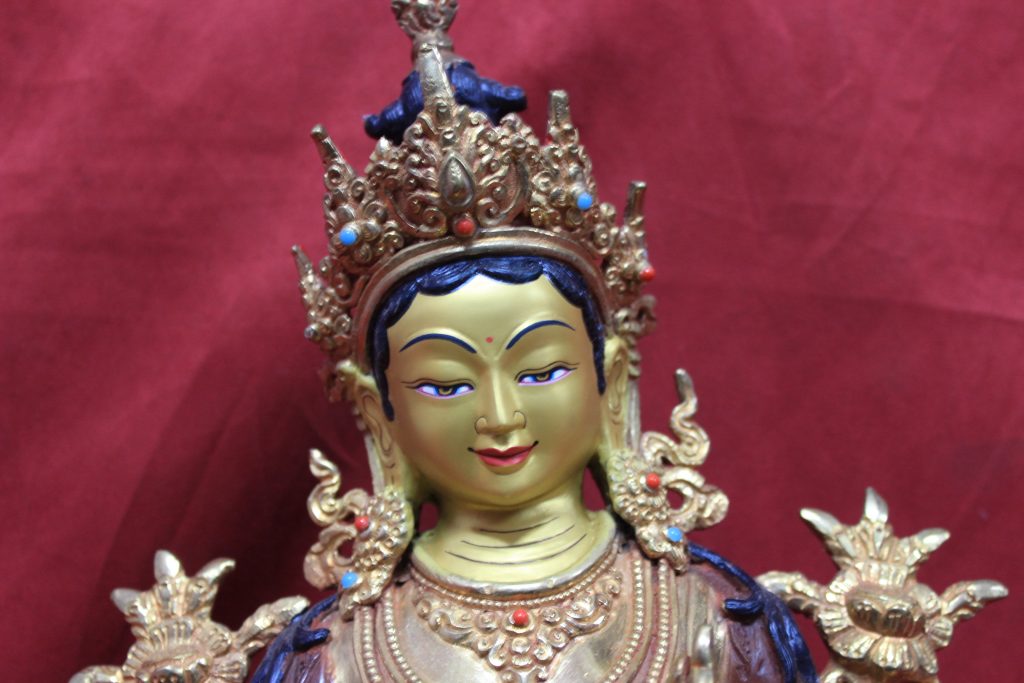 The most believed or common explanation is Siddhartha Gautama as a prince before he became Buddha had to wear lots of jewelry made of gold, silver and other precious stones as a part of palace custom. This signified his highest standard or status in society. Among the other jewelry he had to wear heavy earrings, other ear studs or tops. The heavy jewelry stretched his earlobes and consequently stretching his entire ears. This is rather scientific or physical explanation to it.

On the other hand, traditional or rather fantastic meaning can be that Buddha with long ears, can hear better the cries of those who need; who are suffering in this materialistic world due to ignorance and earthly attachments

Long ears are considered a symbol of wisdom.

Traditionally, in many culture people believe that long ears with thick lobes are auspicious as they represent long life, good luck, good health, wealth, happiness, energy etc. And the person with long ears is considered a wise man with wisdom.In Asia, large earlobes are considered a symbol of wisdom. It is symbolic and a religious way to show the wisdom and compassion of Buddha.

On the other hand you can also check these articles on how a buddha statue is made? and Different types of Buddha Statues.